Nearly two thousand years ago, Flying Lanterns, traditionally called Khoom Fay, were invented by Zhuge Liang. Zhuge Liang made the first Sky Lantern out of an oiled based rice paper and bamboo frame. This carried a small candle. Khoom Fay or Sky Lanterns were used in battles to signal to others that one was in danger. Chinese Sky Lanterns have also been widely thought to be the world’s first hot air balloon…and even UFO’s!

As the centuries past, the Sky Lantern became a tradition for festivals and parties. Local people believed that flying Khoom Fay would bring them good luck and prosperity. The Locals would also offer Lanterns to monks in order to receive wisdom and knowledge. The belief was that the flame of the lantern would guide them to the right path.

Today’s Chinese Sky Lanterns are used all over the world in celebrations such as weddings, birthdays, ceremonies, corporate events, fireworks displays and party celebrations. They are also used in firework displays too. The western world is now embracing Sky Lanterns because of their ambience and sense of warmth. Many people refer to Khoom Fay as Wish Lanterns - sending their wishes into the sky whenever they let off such Wish Lanterns.

Our Chinese Sky Lanterns not only make ‘Wishes Come True’, but are 100% wire free and are manufactured with the highest quality and grade fire-retardant paper. All Wish Lanterns are 100% biodegradable with a bamboo frame. They do not have wire frames which could in any case cause damage to the environment or livestock.


To see all the different types of Chinese Sky Lanterns, simply visit our online shop on the following link - YTM Fireworks. 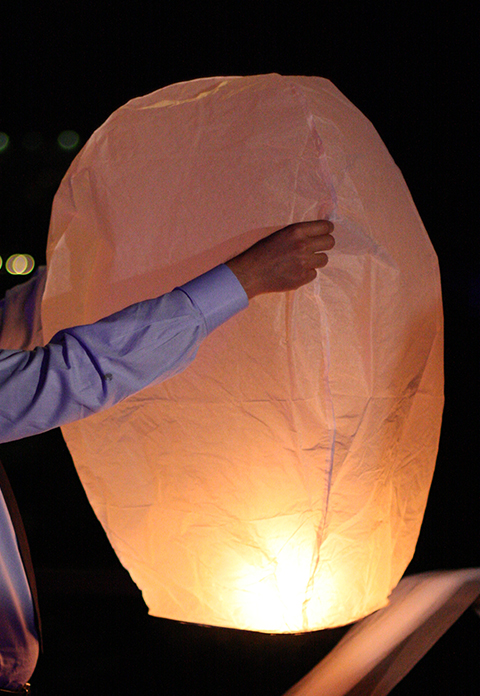